Presented by:
Suzanne McDougall and Marshall Peter
July 20, 2016 (All day)

About the Webinar: Recently the presenters have heard from States that the frequency of phone calls, emails and written complaints coming from “frequent filers” has significantly increased. Frequent filers are individuals who file multiple complaints (informal and formal), often on overlapping issues and with increasing frustration evidenced in each subsequent filing. They may be extremely difficult to talk to and seem unwilling or unable to problem-solve around their concern. However, if and when you are able to get past the anger and begin to unpack the substance of the concern, there are often serious problems and issues that require attention. During this webinar we will discuss approaches to constructively cutting through an individual’s anger/frustration leading to a better understanding of underlying issues. We will also propose the consideration of local and state systemic approaches to "frequent filing", borrowing heavily from outstanding work in the areas of PBIS (Positive Behavioral Intervention and Supports) and MTSS/RtI (Multi-Tiered Systems of Supports/Response to Intervention). 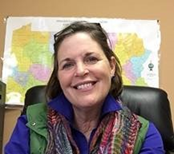 through her work with the Special Education ConsultLine, an information helpline for families and advocates of children with disabilities. She is the lead presenter of “Creating Agreement in Special Education”, a conflict education training for stakeholders of the special education process.  Ms. McDougall is a graduate of Penn State University and attained a M.A. in Conflict Analysis & Engagement from Antioch University.  Her work in the conflict field extends beyond special education; she is a volunteer mediator with a community-based mediation program in Harrisburg, PA.

Marshall Peter recently retired from being the Executive Director of Direction Service (1983-2015) and the founding (1998) Director of the Center for Appropriate Dispute Resolution in Special Education (CADRE). After receiving an M.S. in Special Education from the University of Oregon, Mr. Peter substitute taught in classes for students who had emotional/behavioral disorders. He began working in 1976 at Direction Service, a multi-program family support agency, as a parent advocate where he provided ongoing support and 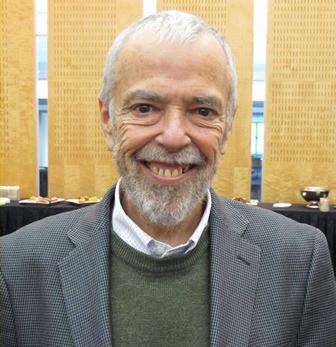 advocacy services to more than 500 families who have children with disabilities. Mr. Peter's early work as an aggressive advocate evolved into an interest in developing methods for facilitating home school partnerships that are respectful, considerate and yield equally powerful results for children and families. From 1992-1996 Peter directed a successful, USDOE funded project that field tested a conciliation model aimed at addressing the cultural barriers that interfere with the effective utilization of special education services. Mr. Peter's work in the area of conflict resolution has included presentations, training and consultation throughout the United States on appropriate dispute resolution, interest-based advocacy, consumer empowerment, wraparound services and conflict resolution system design. Mr. Peter served on the City of Eugene Human Rights Commission, the Oregon State Advisory Council for Special Education, the Oregon Disabilities Commission and as Chair of the Eugene School District Equity Committee.