CADRE is pleased to announce Marshall Peter, founding director of CADRE, as recipient of the 2015 Keys to Access Award.

It may seem odd to some that this organization’s highest honor be presented to its Director, but at this point in his professional career and the life of CADRE, there simply is no more worthy recipient. 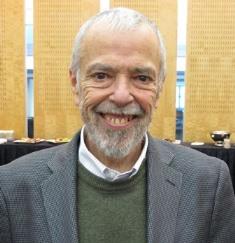 After receiving an M.S. in Special Education from the University of Oregon, Peter substitute taught in classes for students who had emotional/behavioral disorders. He began working in 1976 at Direction Service, a multi-program family support agency, as a parent advocate where he provided ongoing support and advocacy services to more than 500 families who have children with disabilities. Peter's early work as an aggressive advocate evolved into an interest in developing methods for facilitating home school partnerships that are respectful, considerate and yield equally powerful results for children and families.

From 1992 to 1996 Peter directed a successful, USDOE-funded project that field tested a conciliation model aimed at addressing the cultural barriers that interfere with the effective utilization of special education services.